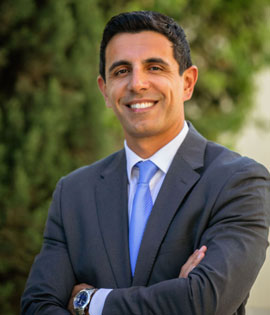 While in law school, Mr. Subat was an Executive Editor for the Journal of Civil Rights and Economic Development and was named a Winner of the Journal’s Best Legal Notes Competition for “Who has Standing? Why the Supreme Court’s Holding in Hollingsworth v. Perry Empowers Politicians at the Expense of Citizens.” While obtaining his law degree, Mr. Subat served as a judicial intern for the Honorable Judge Geoffrey Glass in the Orange County Superior Court.

Prior to joining Homan, Stone, and Rossi, Mr. Subat worked as a litigator representing numerous Fortune 500 companies, carriers, cities, and public entities in negligence, motor vehicle negligence, premises liability, and product liability cases. He has handled every aspect of the defense of such matters from pre-litigation negotiations through trial. Mr. Subat also has experience litigating real estate disputes. He prides himself on his ability to obtain quick resolutions when possible, but also being able to provide effective, aggressive representation of his client’s interests when required.